Dancing with Robots: Expressivity in Natural and Artificial Systems

Image by Yi-Chun Wu for Dance NOW Festival of Time to Compile with Catie Cuan at Joe’s Pub at The Public Theater, New York, NY.

An Art, Technology, and Culture Colloquium, co-sponsored by the Department of Theater, Dance, and Performance Studies and CITRIS People and Robots (CPAR), presented with Berkeley Arts + Design as part of Arts + Design Mondays​.

Movement seems to encode information. How does this work? We know that animals, including humans, use the motion of counterparts to produce coordinated, social behaviors. But how do we resolve the discrete measures of communication and information theory with the continuous laws of motion and mechanics? Answering these questions is critical to developing expressive robotic systems that integrate seamlessly with natural counterparts – a goal that has increasing urgency as robots move out of factories and into workplaces and homes. This talk presents this problem in an information-theoretic model (where artificial systems are modeled as a source communicating across a channel to a human receiver) and highlights how this model guides work in the Robotics, Automation, and Dance (RAD) Lab. The talk will present work in generating variable bipedal gait via parameters embedded as constraints in an optimization, predicting perceived affect when human viewers observe artificial gait across multiple environments, and imitating human motion on multiple robotic platforms. In addition to traditional tools in dynamics, control, and empirical measurement, these projects leverage qualitative observation, embodied movement practice, and artistic creation. Thus, the talk will also highlight how dancing with robots is critical to developing automation that functions correctly in human-built spaces.

Amy LaViers is an assistant professor in the Mechanical Science and Engineering Department at the University of Illinois at Urbana-Champaign (UIUC) and director of the Robotics, Automation, and Dance (RAD) Lab. She is a recipient of a 2015 DARPA Young Faculty Award (YFA) and 2017 Director’s Fellowship. Her teaching has been recognized on UIUC’s list of Teachers Ranked as Excellent By Their Students, with Outstanding distinction. Her choreography has been presented internationally, including at Merce Cunningham’s studios, Joe’s Pub at the Public Theater, the Ferst Center for the Arts, and the Ammerman Center for Arts and Technology. She is a co-founder of two startup companies: AE Machines, Inc, an automation software company that won Product Design of the Year at the 4 th Revolution Awards in Chicago in 2017 and was a finalist for Robot of the Year at Station F in Paris in 2018, and caali, LLC, an embodied media company. She completed a two-year Certification in Movement Analysis (CMA) in 2016 at the Laban/Bartenieff Institute of Movement Studies (LIMS). Prior to UIUC she held a position as an assistant professor in systems and information engineering at the University of Virginia. She completed her Ph.D. in electrical and computer engineering at Georgia Tech with a dissertation that included a live performance exploring stylized motion. Her research began in her undergraduate thesis at Princeton University where she earned a certificate in dance and a degree in mechanical and aerospace engineering.

About the Art, Technology, and Culture Colloquium

Founded by Prof. Ken Goldberg in 1997, the ATC lecture series is an internationally respected forum for creative ideas. Always free of charge and open to the public, the series is coordinated by the Berkeley Center for New Media and has presented over 200 leading artists, writers, and critical thinkers who question assumptions and push boundaries at the forefront of art, technology, and culture including: Vito Acconci, Laurie Anderson, Sophie Calle, Bruno Latour, Maya Lin, Doug Aitken, Pierre Huyghe, Miranda July, Billy Kluver, David Byrne, Gary Hill, and Charles Ray. 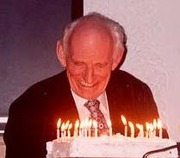